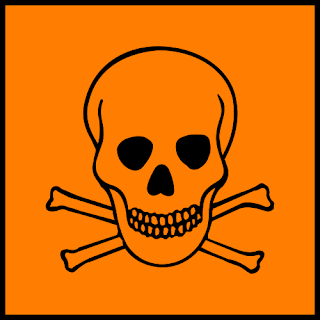 toxic: -adjective- acting as or having the effect of a poison; poisonous

Last week we discussed the concept of your body's "burden" or chemical load.Taking the definition of the word toxic into account, what this really means is, how many poisonous substances are in your body at a given time? And how will they affect your health? Remember that if something is toxic, it is poisonous, and poisons cause disease, which cause death.

While it's true that it's the dose that makes the poison, our everyday lives are bombarded with so many toxins (we'll look into the common ones that I guarantee are a part of your life) that our bodies simply cannot handle them all. Once our bodies cannot handle the toxins we put in, they simply shut down. Unfortunately, they don't just shut down and take a break for the day. They shut down with heartbreaking diseases like cancer, Alzheimer's, dementia, arthritis, diabetes, chronic fatigue, epilepsy, multiple sclerosis, digestive disorders, and a host of other health conditions. In America, one out of three people dies of cancer. I believe this statistic alone is proof that we need to take a serious look at the toxins going into our bodies on a daily basis.

Below is a list of the major toxins (substances that cause disease, which leads to premature death) that are swirling around our environment, in our homes and out, which have been scientifically proven to be toxic:

(Taken from p. 174-175 of The Great Physician's RX for Health & Wellness)
So, to make a long story short:
Toxins enter your body when you:
And we wonder why our bodies break down! See how these seemingly small things build up, day after day after day after day?

I don't know about you, but I'd prefer to lessen the amount of toxins entering my body and those I love on a daily basis. In the next post, we'll discuss ways to decrease the chemical load on your body, by decreasing the toxins going in. I look forward to helping you give your body a break!
at 5:50 PM No comments:

Do You Know Your Body's Burden? 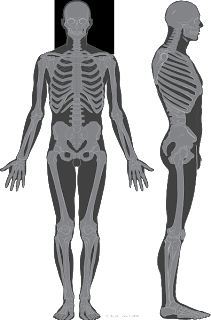 Body burden:, (also known as chemical load) is the amount of harmful chemicals present in a person's body.

"In a study led by the Mount Sinai School of Medicine, in collaboration with the Environmental Working Group, researchers at two major laboratories found an average of ninety-one industrial compounds, pollutants, and other chemicals in the blood and urine of 9 volunteers. Of the 167 chemicals found in their bodies, 76 cause cancer in humans or animals, 94 are toxic to the brain and nervous system, and 79 cause birth defects or abnormal developments in children. " - The Great Physician's RX for Health & Wellness, p. 175

So...how much do you care about your body's burden?
You might think this "health stuff" is not really necessary- after all, you eat pretty good, you don't work at a chemical plant, you exercise. Your kids seem fine. Eat 100% organic? And completely change your lifestyle? Too expensive. And not really necessary.

So you're all clear, huh?

Bet you didn't know that it takes your body 8 years to detox from every single shower you take.
Or that the chemicals in your perfume and cologne are harmful to you and your unborn children in the womb.
Or that your children inherit every single chemical in their mother's body and breast milk as their health legacy.

Still think you're all clear? Join me as we explore disease causing toxins in our environment- inside the home and out, that contaminate our bodies and lead to diseases and early death. This might cause your brain to go tilt with a new worldview, but I ask that you stay with me and seriously consider the studies I am going to present to you. The choices you make will affect you and the generations coming after you. This is important stuff. A lot depends on you! And you only get one lifetime to do it right. Since I know you care about yourself and your family, I'll talk to you soon- about the toxins all around you, and what you can do about them.
at 1:06 PM 3 comments: 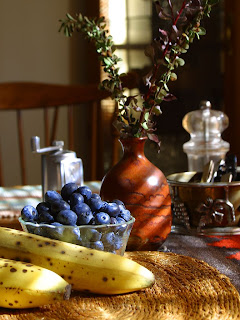 Eat the food God gave us.
In the way He gave it to us to eat.
Sounds simple, right? But when you're standing in your grocery store, hungry, and Cheez-It's, Kool-Aid, and 500 kinds of breakfast cereal are staring you down, it's hard to decide what is actually best. Again, I have good news for you. God's health plan includes delicious foods that nurture our bodies and give us healthy and excellent quality of life. Here's a list of the top biblical foods that God recommends. No joke- they're all mentioned in the Bible! (And you're in good company when you eat them: Abraham, Moses, Jesus, and the disciples all ate these healing foods)
This list is taken from page 145 of The Maker's Diet. I am going to list the foods, and we'll discuss the benefits of these foods individually in future posts. Remember that these foods are step 1, step 2 is eating them in the form God gave us to eat.
Now, by no means are these the only foods you can eat healthily. But, these foods pack some serious nutritional punch, which is why they made it onto the "healing foods" list. :) You could say these foods are essentially the best of the best. There are other great foods- but this list comprises the best.

I dare you to go to your cupboard, pantry, and fridge, and see how many of these healing foods you have available.

Then I dare you to read my next article, which will discuss a very important question- one that affects your life every single moment you breathe, but that you are probably clueless about. Intrigued? Talk to you soon!
at 7:33 AM 3 comments:

What Does God Say? 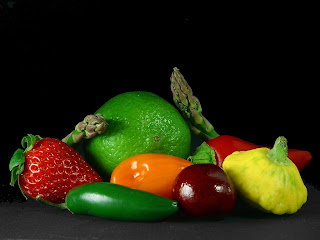 "There is no portion of the commandments of God in general, or of the Mosaic code in particular, that is not based on a scientific understanding of fundamental law. The laws of God are enforced and are as sure as the law of gravity."
Elmar A. Josephson, author

"I give you every seedbearing plant on the face of the whole earth and every tree that has fruit with seed in it. They will be yours for food."
Genesis 1:29

"These are the animals which you may eat among all the animals that are on the earth..." Leviticus 11:2

Have you ever stood in the grocery store, dazed and confused about what you should buy for dinner that week? Did you ever feel overwhelmed at the ever-changing health advice you see on the news and in magazines? Did you ever start a diet, only to quit three weeks later because you felt like you were starving?

I have good news for you. God has quite a lot to say about what you eat. In fact, He's taken all of the guesswork out of your shopping list. Is this news to you? Turn to Leviticus 11. You'll be blown away at the detail God gives.

We're going to discuss the foods that God gave to us to eat, and the ones He clearly says to avoid. Let me make something clear before I proceed. While I strongly believe that God's dietary laws are as irrevocable as the law of gravity, and that when we violate them, there are natural consequences, I do not believe that choosing not to follow God's health plan will cause you to lose your salvation. But you might get to heaven sooner...

My vote: let's spend our lifetimes following God's guidelines for healthy eating and living, and working in harmony with His laws, instead of against them, and then leave the rest up to Him.
So...go get your Bible. Turn to Leviticus 11 as we discover the foods that God gave us, foods that have nourished mankind for centuries, and also the foods that God tells us to avoid.

Referring to the first verse quoted from Genesis above, God tells Adam and Eve in the Garden to eat freely of the lush fruits and vegetables growing in abundance in the garden. Can you imagine the taste of one piece of luscious fruit growing in that Garden? I guarantee you the irradiated, genetically modified fruit for sale at your local grocery store tastes like garbage compared to produce available in Eden. But, Adam & Eve blew it. They disobeyed God and thus, His beautiful world was shattered and marred forever. God had a plan to redeem His creation, but for now, things had to be done differently.

Instead of enjoying the tranquility of the garden and God's presence, sustaining on abundant fruits and vegetables, man now had to work the ground. This was going to require much more sustenance than a vegetarian diet could provide. Mankind was now required to perform heavy labor, and have physical prowess and speed in order to survive. This is when God codified His approved animal protein sources. This is recorded in great detail in Leviticus 11 and Deutoronomy 14.
God is very specific concerning which mammals, fish, birds, and even insects we are to eat, and which He calls "unclean." Alternately, the animals He gives us to eat, He calls "clean." In further posts, we will explore what makes the unclean animals so. For this post, I will just list them. Just trust that the unclean animals are in no way called that arbitrarily. You will be blown away when you find out what you are putting in your body when you eat animals God deems "unclean." God made these animals for a specific purpose, but that purpose was not the nourishment of your body. But I digress.
The following list is taken from page. 36 of the Maker's Diet. It is Jordan Rubin's summary of Leviticus 11. Read closely.

1. You may eat the meat of animals with a cloven or split hoof that also chew the cud. (Lev. 11:3) This includes cows, goats, sheep, oxen, deer, buffalo, etc.

2. Avoid animals, such as the camel, that chew the cud but do not have cloven or split hooves. (Lev. 11:4) This includes, but is not limited to, horses, rats, skunks, dogs, cats, squirrels, and possums.

3. Do not eat swine. (pigs) They have divided hooves, but they do not chew the cud. These are unclean animals. (Lev. 11:7-8) In fact, pigs are so unclean that God warns us not to even touch the body, meat or carcass of a pig. The Hebrew words used to describe "unclean meats" can be translated as "foul, polluted, and putrid." The same terms were used to describe "human waste" and other disgusting substances.

4. Eat any fish with fins and scales but avoid fish or water creatures without them. (Lev. 11:9-10) Those to avoid include smooth-skinned speciess such as catfish or eel and hard-shelled crustaceans such as crab, lobster, or clams.

5.) Birds that live primarily on insects, grubs, or grains are considered clean, but avoid birds or fowl that eat flesh. (whether caught live or dead) They are unclean. (See the extensive list in Lev. 11:13-19)
Are you surprised by anything on this list? Have you ever read it before in Leviticus? I certainly hadn't. Well, I had read Leviticus, at some point in my life, but never took it to heart. In fact, I never gave much thought to the fact that God had an opinion about my beloved clam chowder and Mexican ceviche. And yes, I do miss both those dishes to this day! But let me tell you, knowledge is power. And it's not very hard to turn down both those items when you know what's in them. In the next post, we will discuss further foods that God gives as life-giving, and the abundant health experienced by peoples throughout the centuries who abide by His laws.
at 5:37 PM No comments:

Catherine
Welcome to Maker's Diet Mom! I'm a young housewife living in the Midwest, loving my husband and sons and passionate about living life on the Maker's Diet!

Promote Your Page Too